First Impression of the Gibson Area

Posted by Unknown on May 12, 2015
This year the Street Tree Project will be targeting the Gibson area! Heading out to the neighbourhood for the first time with the now experienced Street Tree Project Leader Randy Kay, we were able to assess the area more comprehensively than with Google maps. 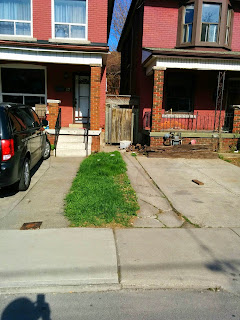 but it was clear that the street could be made much more beautiful with an overhanging tree canopy. After talking to one of the neighbours, it seemed that because of the small plot sizes, most people would be more receptive towards smaller trees. Considering that the most popular requested tree has been the Amur Maple (growing up to 5-8 meters in height), this was not very surprising. 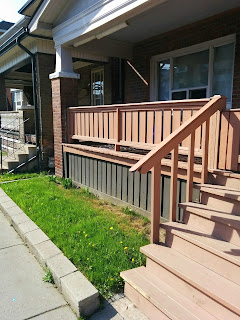 
One of the things that caught my attention as we walked down Gibson Avenue was the not-so-distant sign of industrial manufacturing plants: 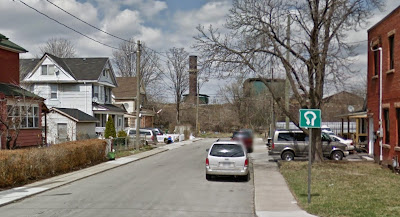 As we later walked down Sherman Avenue North towards the harbour, the thundering sound of what I presumed was steel clashing against something else in a rusting warehouse made it clear to us that we were no longer in a neighbourhood-friendly zone. 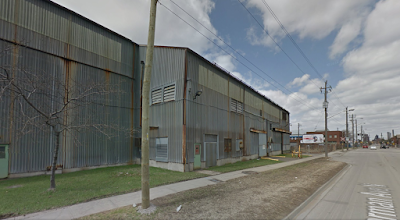 Heading farther towards the harbour, we started to notice a metallic taste in our mouth, presumably due to U. S. Steel Canada and/or Dafasco. Hopefully if enough street trees are planted, this will change in the future!

Heading back, we stopped at 270 Sherman Avenue North to see what the hullabaloo was about regarding the arts facility. Stepping inside on the first floor, it did not seem like anything special. However, as we made our way up the stairs into the studio hallways, it was clear why people flocked to this arts centre when they host events. There were several photos of Hamilton’s industrial past and how it influenced the community that Hamilton is today. I would never have thought that such an old building could host such a vibrant Creative Arts Centre!

Can’t wait to head back to the area after gathering up some volunteers and putting some trees on those streets!