A Walk Through McAnulty 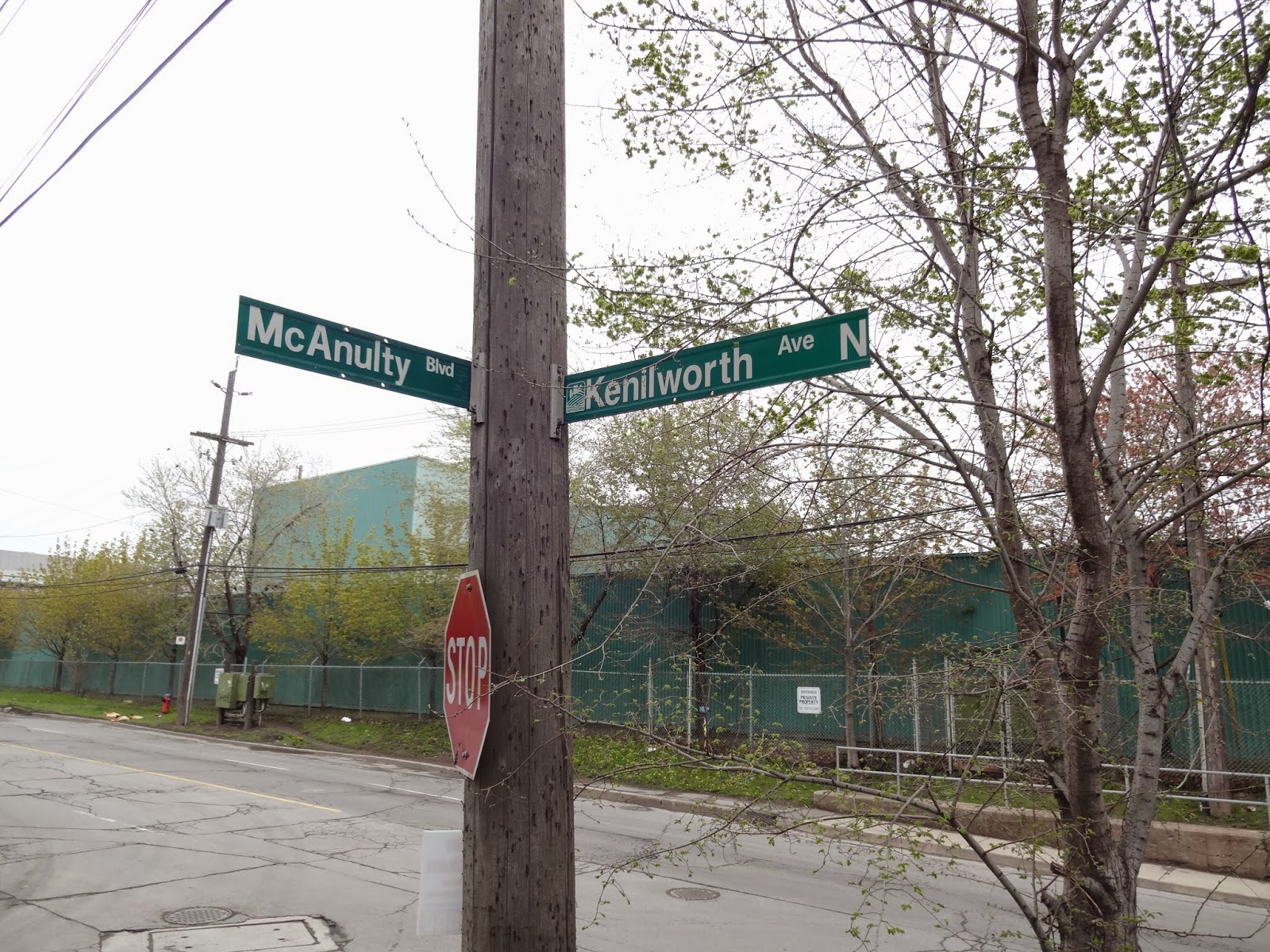 Wednesday we took our first trip to the Crown Point McAnulty neighbourhood. I met up with Randy from OPIRG McMaster and Jay from Environment Hamilton at the Kenilworth stop on the 10B-Line bus route. This was my first time in the neighbourhood and I really wasn't at all sure what to expect. The first thing that caught my eye was the steel industry casting a shadow over everything else in the area. Before today, I'd only ever seen Dofasco from the QEW, but seeing it from neighbourhood streets was really something else. We walked north until we finally reached McAnulty. Turning into the neighbourhood, my first thought wasn't that the neighbourhood was entirely bereft of trees - a good sign! The further in we walked though, the more potential space we saw where more could be planted. 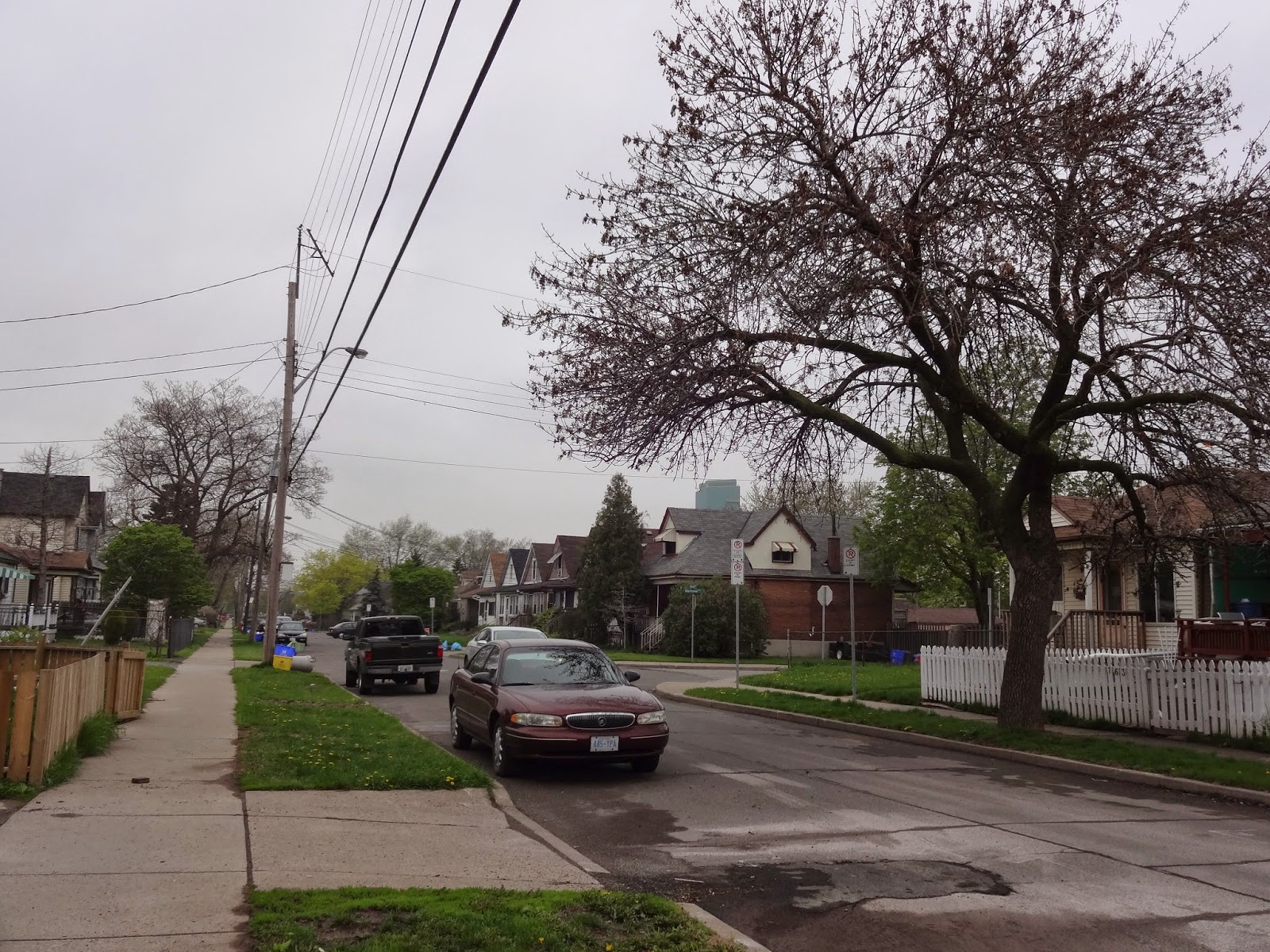 As we started to meander through the streets, we met a woman out in her front yard. Randy approached her, introducing who we were and what we planned on doing there in the coming month. He then asked her how she thought her neighbours would feel about a free tree.

I thought for sure she'd be excited, I couldn't see any reason not to; so naturally I was a bit shocked to hear that  her instantaneous reply was "Would you get rid of the ones we have first?"

She went on to explain that she was worried about the roots getting in the pipes, and that currently she was having trouble with one of her backyard trees that was pushing a garage she had there. 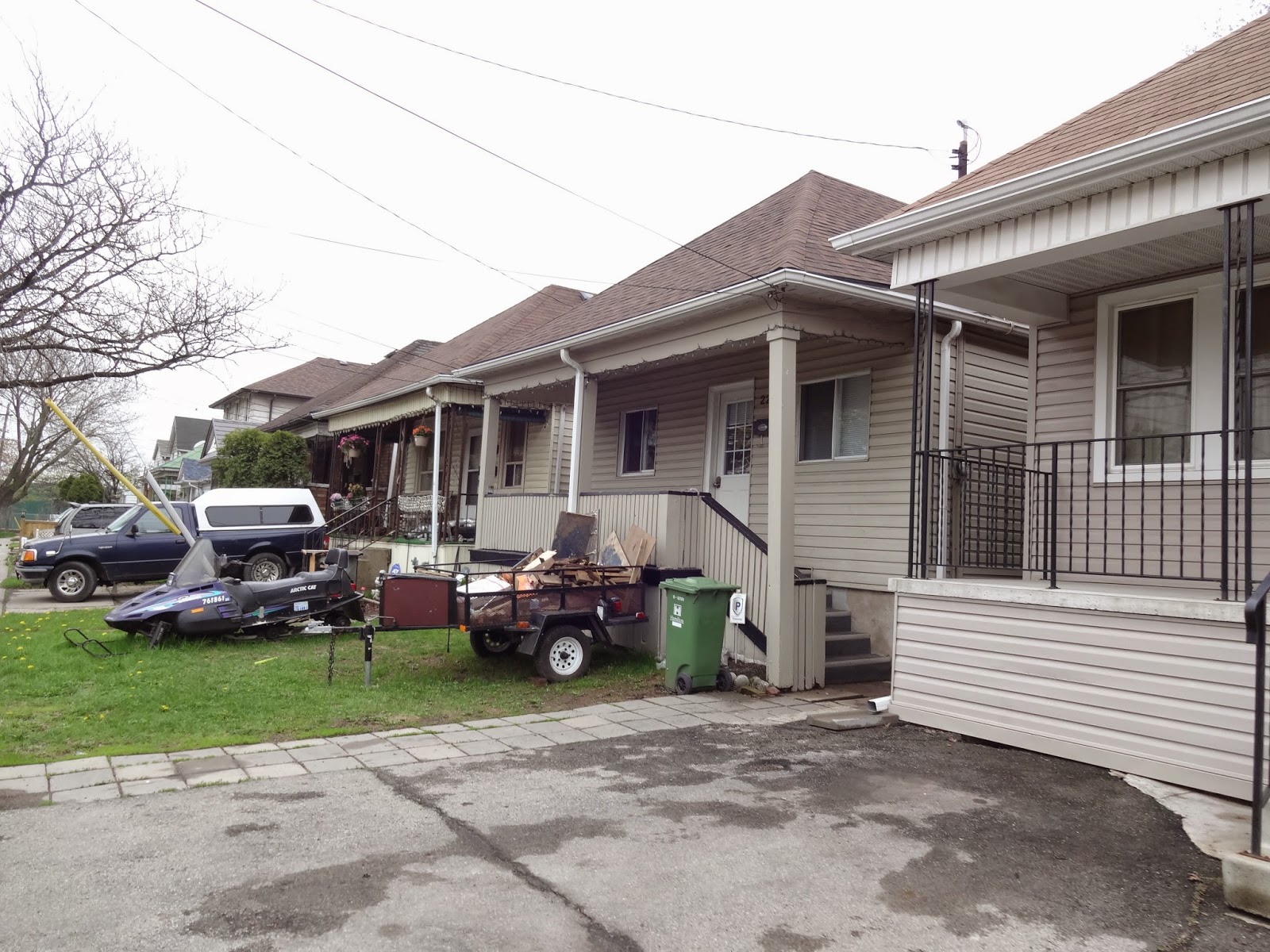 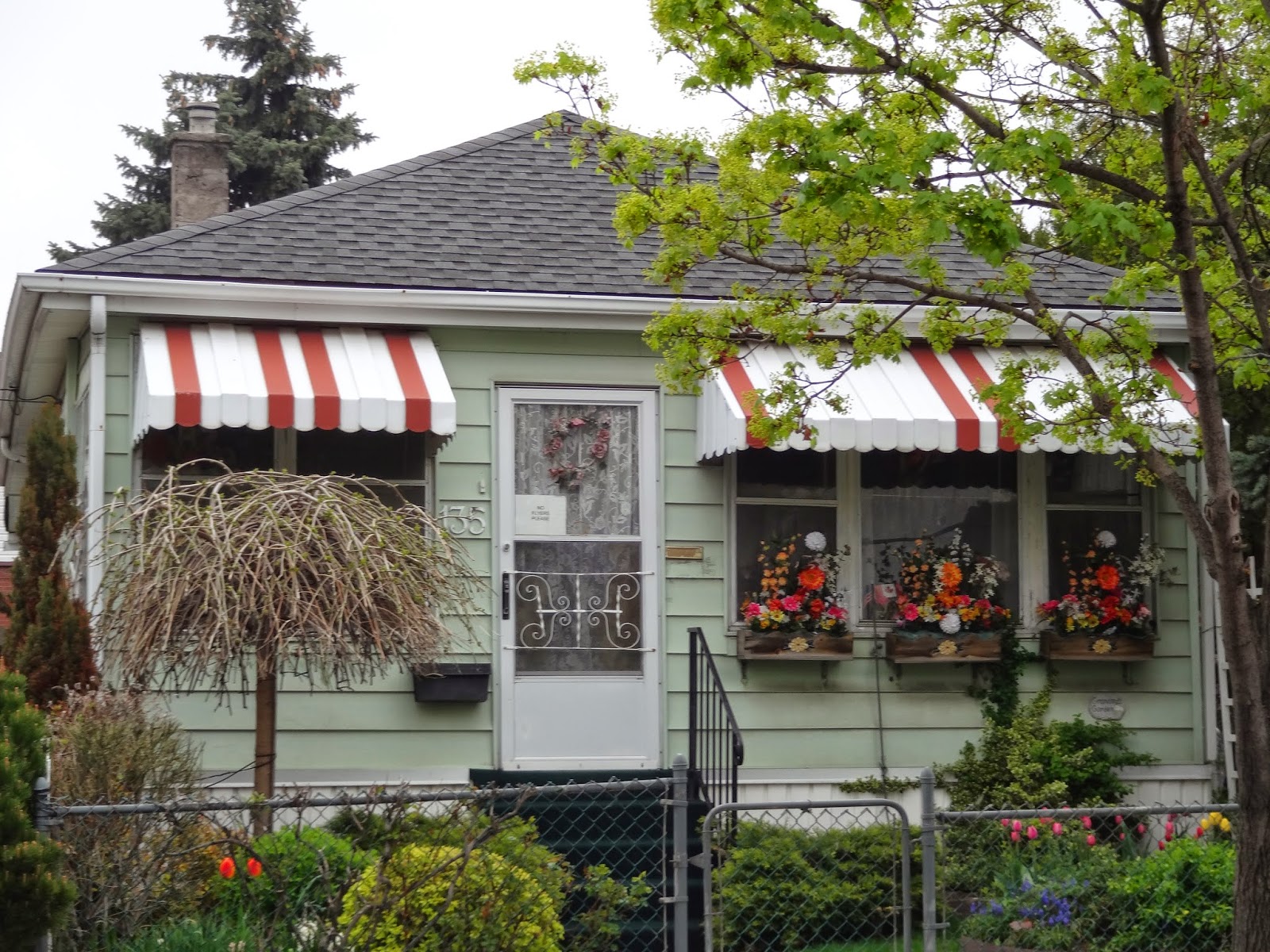 Only a few houses down there was a couple, out for a smoke on their front porch. In typical, friendly, Hamiltonian fashion, they were also glad to speak to us when we asked what they thought of a free tree. Unfortunately though, their response wasn't much better.

"I've got stuff out on my lawn in the summer" said the man who lived there, pointing to a snowmobile he had out front, and also commenting that sometimes the lawn also served as a second parking spot.

In fairness, many of the plots were pretty small, without much distance between houses either. However there still seemed to be enough space for planting, and in front of some homes a boulevard that might be able to house some new trees as well. Despite the sizes of the yards, it was clear that a lot of the McAnulty residents took pride in their homes, and we saw some pretty lovely home-fronts all along our way towards the north end of the neighbourhood.

Once we got to Dofasco Blvd though, it was quite another story. The industry looked massive compared to the homes, and especially compared to the employees working there. Lots of construction seemed to be going on as well, and if you could look past the smog and off to the distance you could see smoke stacks with steam billowing out of them. 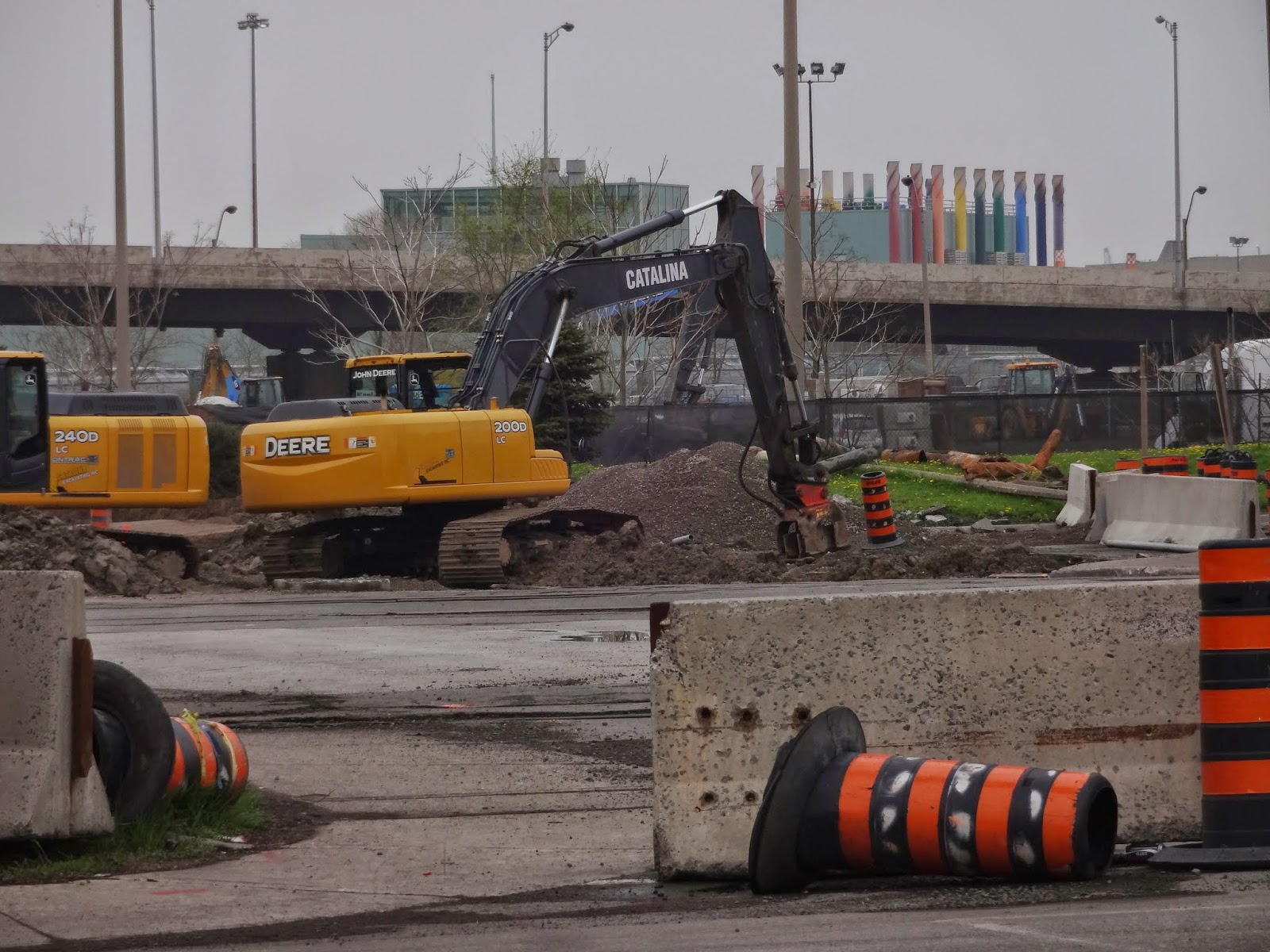 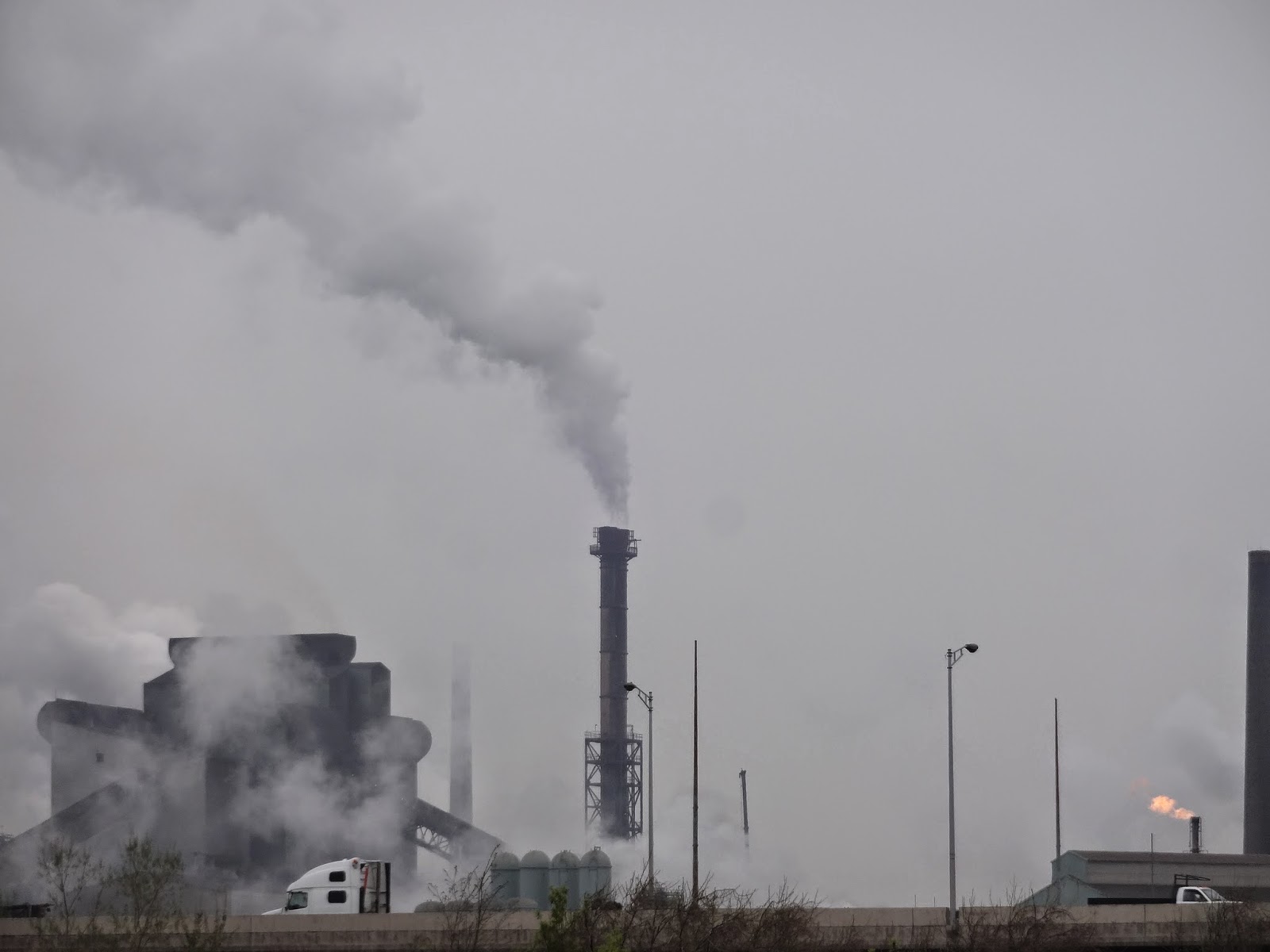 There was what seemed like an abandoned school across the street as well, with a little oil spill in a puddle in the yard. 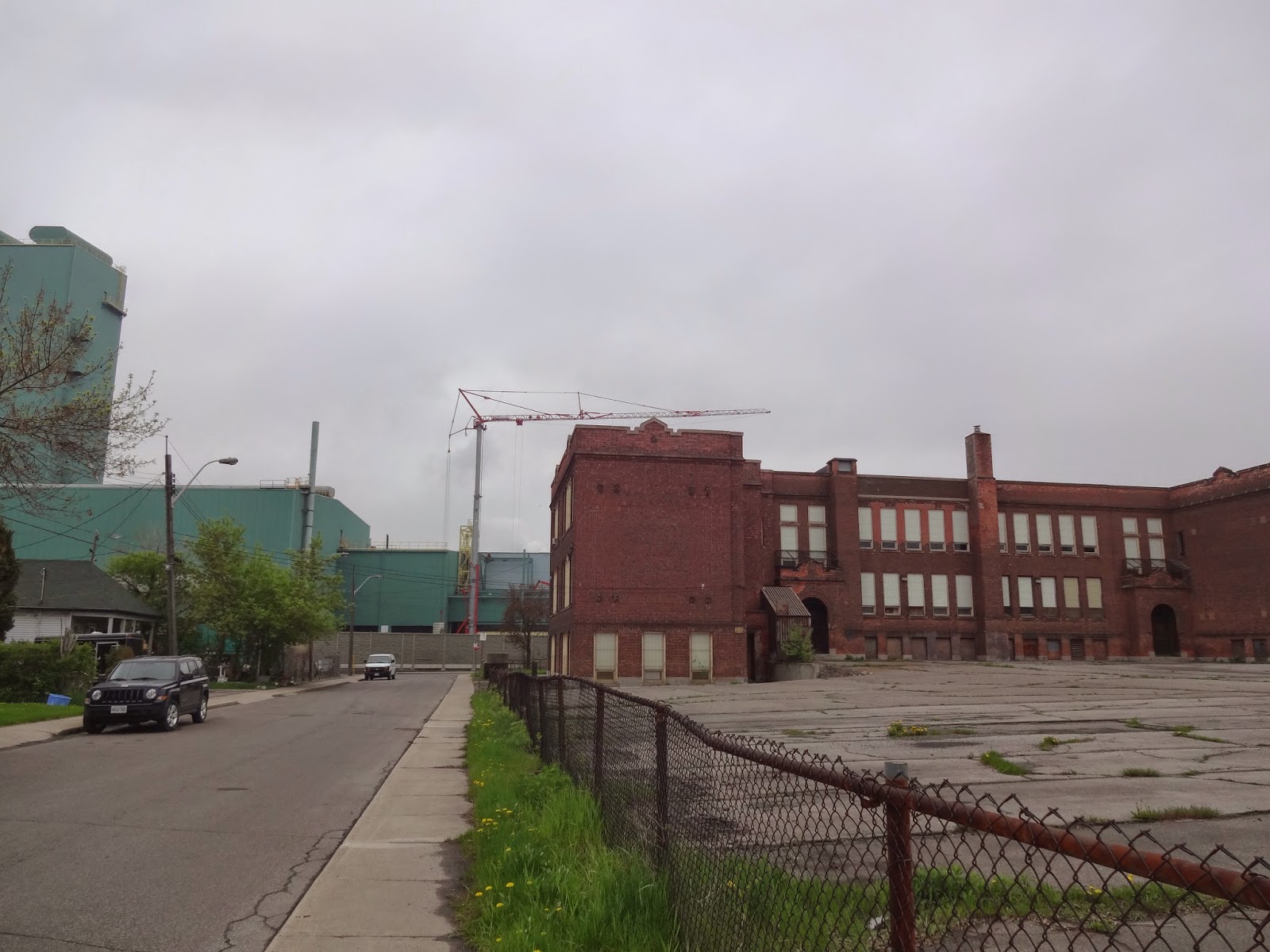 But around the corner from Dofacso, we stumbled upon a little gem in the McAnulty area that was disguised as a $3.99 breakfast special. We walked into Wayside Lunch to grab something to eat and were delighted to meet the enchanting owner, Lisa, and one of the best cooks in Hamilton, Judy. We told them about our project and Lisa sounded very enthusiastic, asking where she could sign up! She chatted us up about the restaurant, and we found out we were enjoying our eggs and toast where many Hollywood stars, including Ethan Hawke, had been sitting. Apparently four productions have been filmed here so far, with a possibility of more movie shoots in the future.
After a fantastic breakfast and a great day out in Crown Point, we left Lisa's restaurant and began to head home, promising to be back for more delicious food another time. I found I learned quite a bit about the area just being there a few hours and I can't wait to go back, next time with tree request forms! 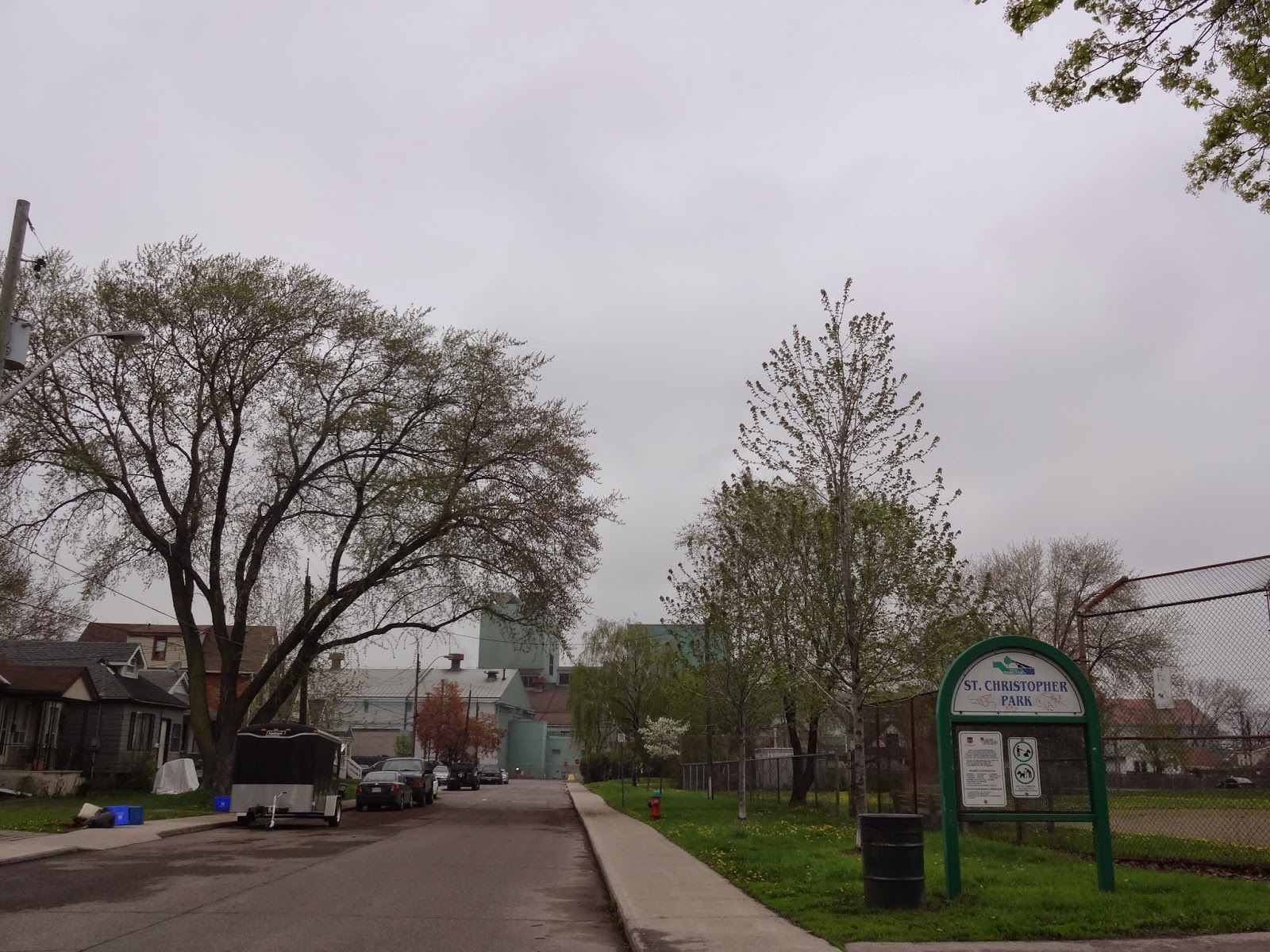